Rock, paper, scissors is the classic children's game where each child shows what they have chosen at the same time. The decision on who has won is based on the following rules:

How con you code this in Glow if there is no at the same time. How does a player communicate their choice to the blockchain during the game? 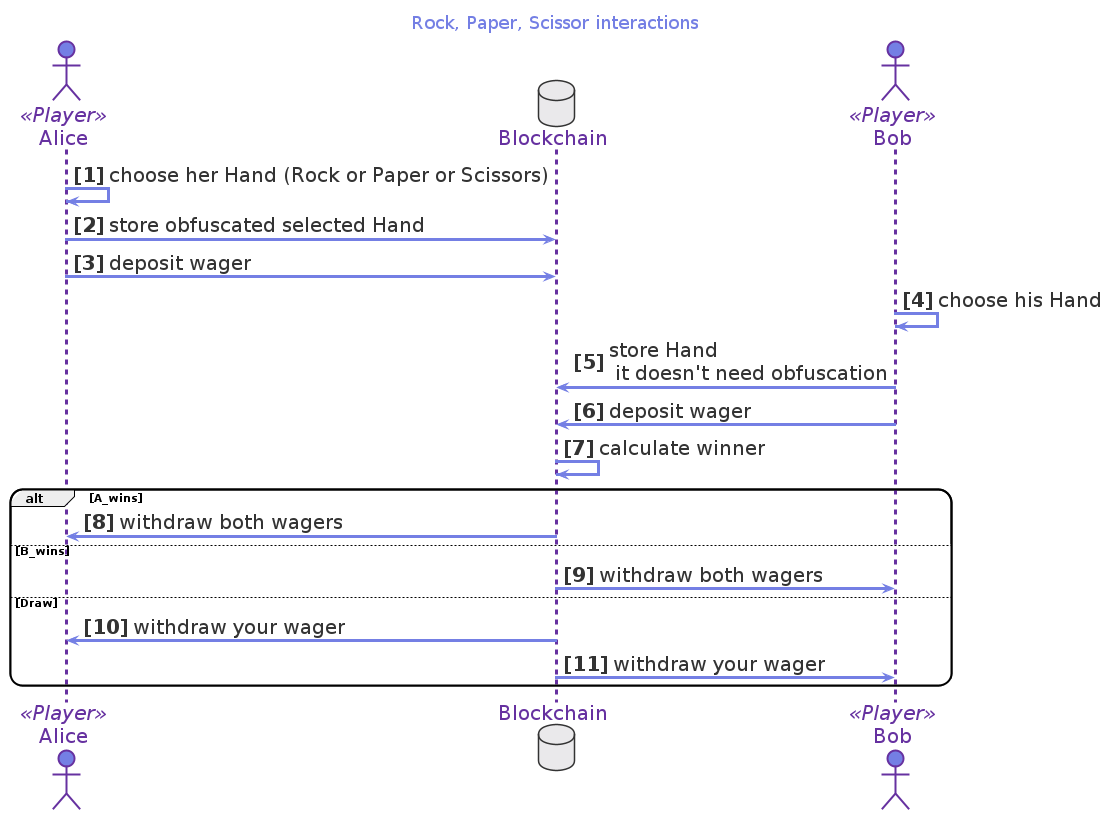