Warning: This contract will compile on the /future/ Glow release.

How does the Simple Auction (auction.glow) contract work?

Imagine an auction where each one of the bidders tries to outbid the previous bidder. However, in a blockchain auction, each bidder has to declare the money first to become the top bidder. They get their money back when they are outbid. 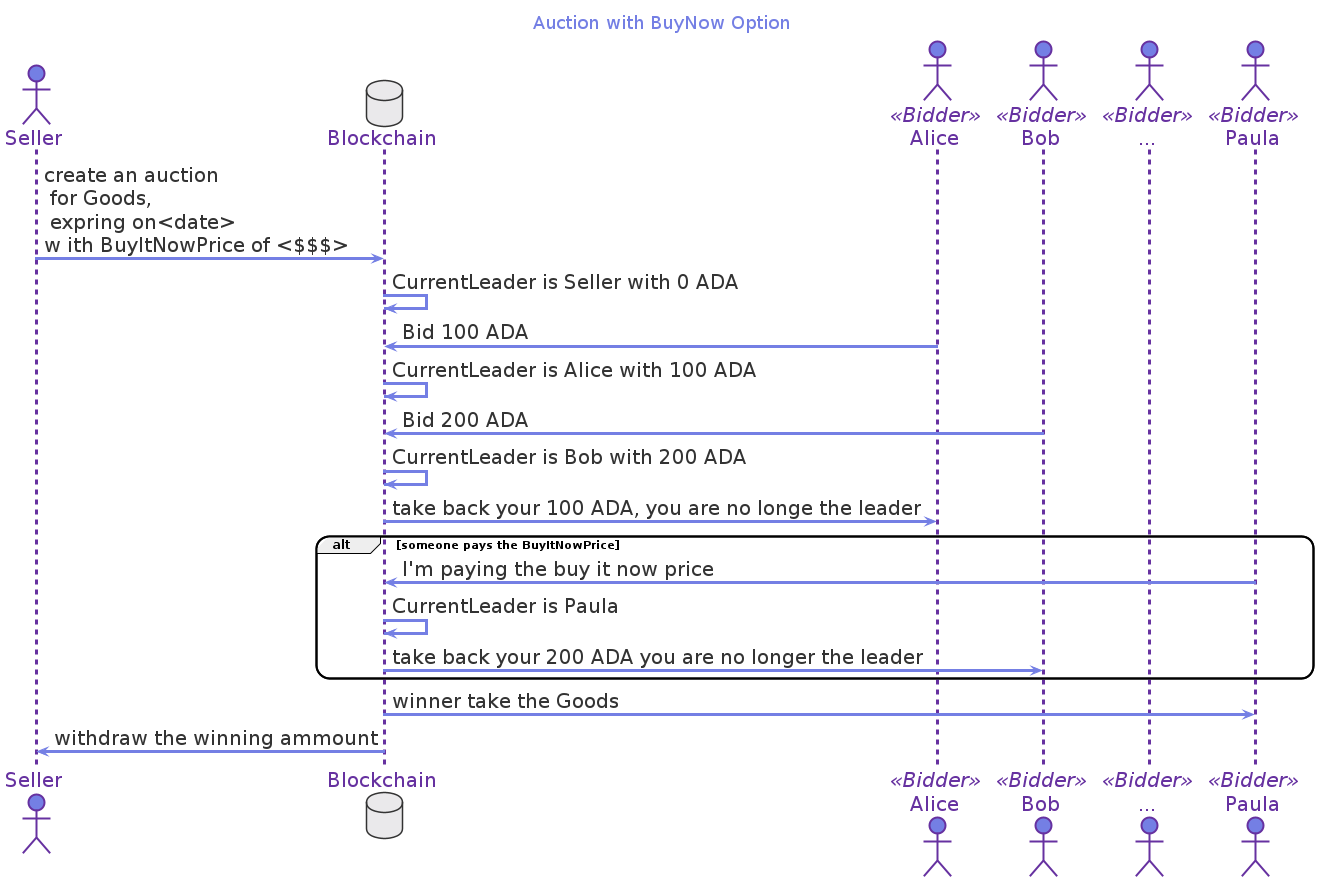 The Goods that could be anything that can be represented as an asset, an expirationTime at which point the auction is over and a price at which to buy it immediately buyItNowPrice.